Do you believe in innovation and endless possibility? Well, then The Wold Preschool is for you! 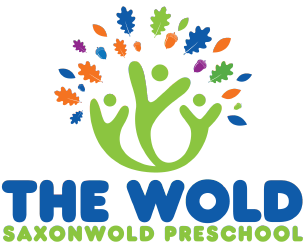 During the phasing out process in July 2000, an Independent Pre-school hired two of the vacant classrooms to open a new Pre-school. The school was called “The Wold Pre-Primary” The Saxonwold Primary School Governing Body became the legal entity of the Wold as the buildings were to be returned to the Primary School. The School Governing Body appointed the Primary school Principal as the Principal of The Wold. The Principal then employed a Head of Department to manage the day to day functioning of the school.

On the 8th December 2001 the Gauteng Education Department removed all the Equipment belonging to the Government form the premises, and formally returned the grounds and building to the Saxonwold Primary School S.G.B.

On the 1st January 2002  “The Wold Pre-Primary officially opened with 3 classes. Gr0, Gr00 and Gr000. One of the conditions laid out by the Government was that all financial affairs of the Gr 0 and Pre-school were to be kept separately from the Public Primary Schools Funds. A Pre-school Governing Body was then elected to manage the financial affairs of the school. The school registered as an Independent Pre-school.

From 1st January 1994 Saxonwold Primary had permission from the G.D.E. to host a Grade 0 class on their premises; in 2002 this class became incorporated into the Wold Pre-school. In 2006 a further Gr0 class was established. This class was accommodated in a classroom which was not being utilized by the Primary school at that time. In 2006 a nursery was built onto the existing buildings, which enabled The Wold Pre-School to cater for children from age 4 months.

In 2008 the Gauteng Education Department set about a programme to reintroduce GrR as a compulsory phase of education in Public schools, although funding still needed to be generated by the school. The Wold Pre-school functions today as an independent pre-school which belongs to the Saxonwold Primary Schools Governing Body.

Bold and significant schooling for the South African future. 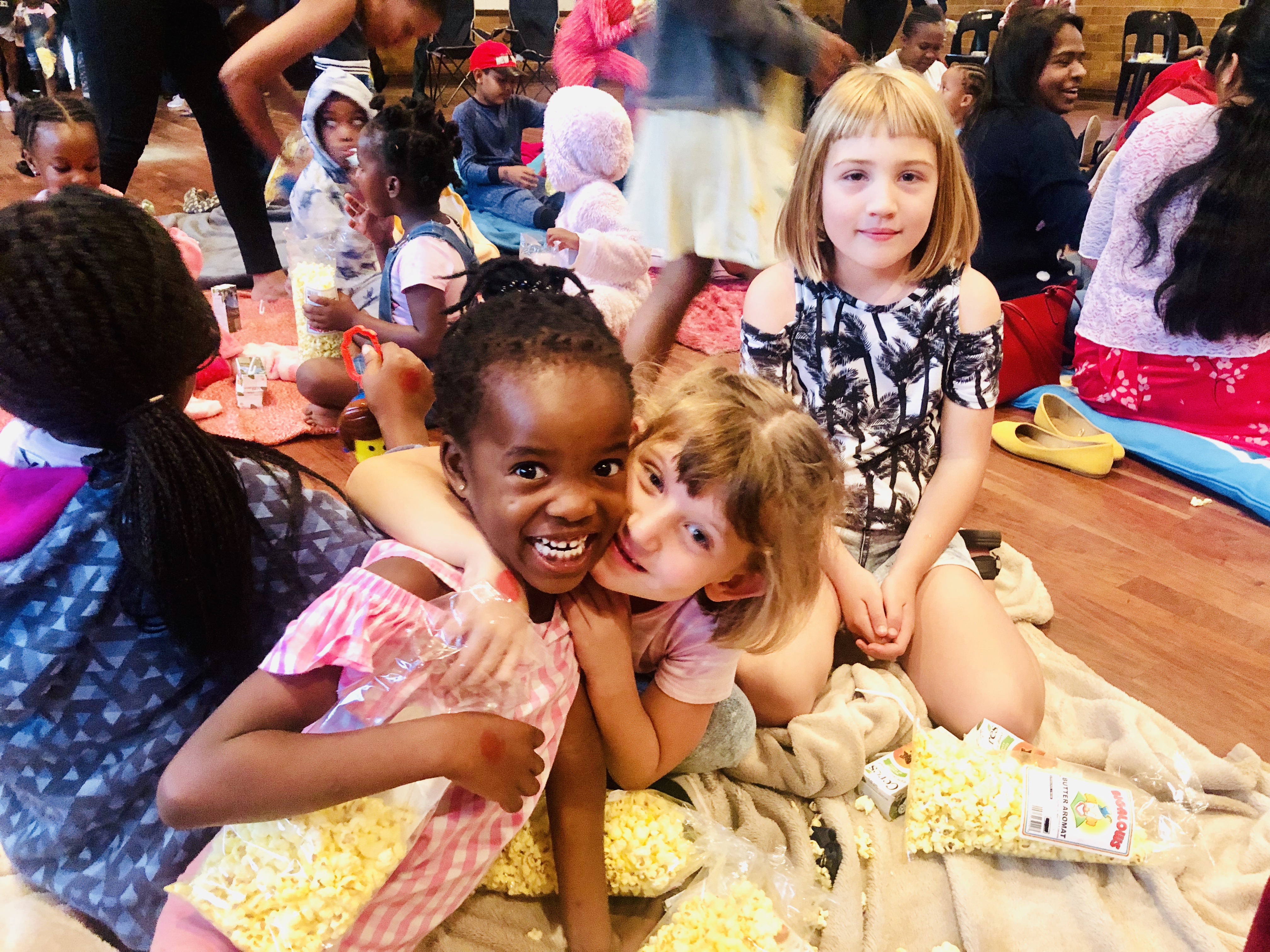 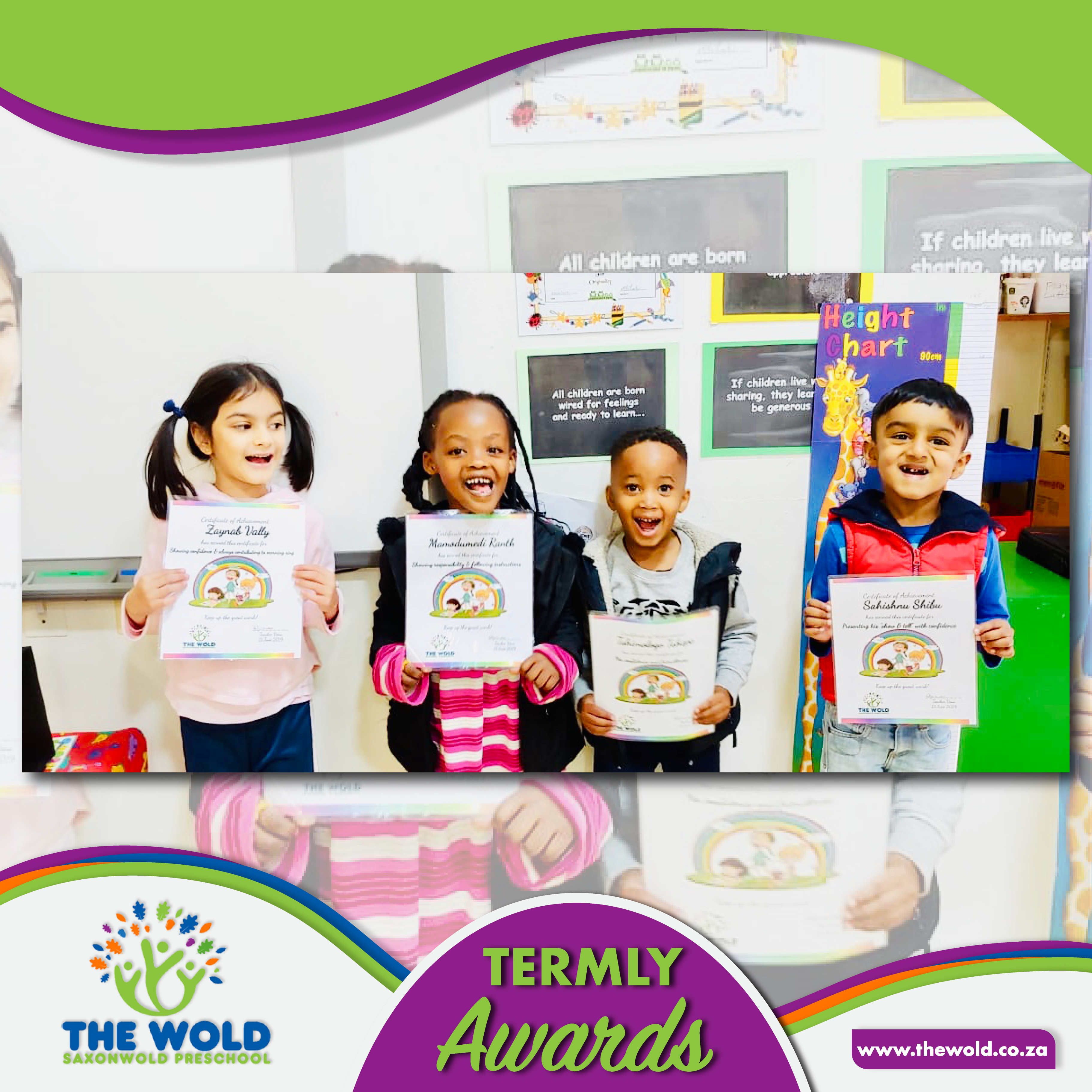 Empowering The Wold learners for the 21st Century by:
| Creating a school climate which encourages adventurousness
in learning through openness to new ideas and experiences.
| Embracing global technologies to enhance critical thinking and
problem solving skills.
| Providing a safe space where learners can develop their
unique potential.
| Promoting healthy living values that prepare our learners for the
challenges they face within a Global Society.

The School is Divided into Five Areas:

This ‘messy’ play is a fun learning opportunity. With the emphasis on touching and manipulating, the children can develop their social and communicative skills, extend their understanding of maths, be creative and independent. The quieter areas in the garden, such as the sandpit, often draws children who enjoy less energetic, noisy play.

The preschool years can be one of the most creative times in a child’s life. While your child’s imagination is still developing; drama, music, dance and visual art foster creativity and help your child express feelings and learn communication skills. It can help your child develop, practice and improve coordination and motor skills. Self-guided creative activities also gives your child a chance to try out problem-solving and thinking skills.

Doing art and making interesting crafts are super fun too! Preschoolers love to express themselves and their ideas using crayons, paints, playdough, clay, scissors, glue and paper. Your child will begin making basic shapes, and might enjoy experimenting with texture, space and colours in pieces of art. For example, preschoolers often draw houses with shining suns above them – this is because this picture is made up of very basic shapes, including a square house, triangular roof and round sun.

As children develop, their artworks contain more and more detail. Drawings of people are usually basic figures to begin with. Realistic shape, scale and other details come a little later.

After the frantic, free, creative area – the Quiet Area is there for any child wishing to calmly and quietly concentrate on a task. The activities include puzzles, construction toys, card games, books and hand-eye co-ordination apparatus. Each activity requires careful thought, sharing and perseverance to complete the task. The educator tries to encourage and help the children solve problems on their own, using a calm trial-and-error approach if necessary.

This make believe area is possibly the most misunderstood area of all by parents and visitors. The comment, “Oh, they just play!” is often heard. You may have heard, “Oh, this is so sweet/cute”. In many ways, fantasy play tells us much about the child’s whole personality. When a child dresses up and steps into a role, what he/she feels about his/her own life and what he/she has learnt about his/her environment, is expressed in his/her role-play. By expressing these feelings, a child often comes to terms with the negative areas in his/her life.

We put out a wide variety of blocks and extra supportive toys to encourage the children to build and create using a three-dimensional technique. This play allows children to use words such as above, below, between, next to, in front of, etc. It also helps children represent the world they live in. It is especially good to teach children to try and try again when they come across a problem whilst working. Sharing, talking and working co-operatively with apparatus happens naturally in this area. The children work with counting and sorting skills as they create their scenes with the blocks.

These then are the five main areas that are available to your children during this Free-Play Time, which we prefer to call Work Time. Children learn best through active learning, so when they are playing they are actually working with various concepts. Each child may choose where to play, depending on his/her physical, emotional and intellectual needs. We encourage the use of all the areas by the children, but the final choice is left up to the child.

1. Visit The Preschool To Become Familiar With The Setting

The more familiar your child is with the preschool staff and the environment, the easier it will be for your child to settle into the preschool. If possible, make a time to visit preschool during school hours. Parents/carers can observe the preschool in operation and have the opportunity to meet the staff, ask questions and discuss any concerns.

Your child will have an opportunity to mix with other children, meet the preschool staff, and become familiar with the environment while feeling secure that someone familiar is close by.

Parents/carers need to be prepared for preschool, too. Talk to the principal and the preschool teacher to find out as much information as you can about your child attending preschool. If you know about the new routines and experiences your child will encounter, you will be ready to answer any questions they might have, such as: How will I get there? How long will I be there? How many days do I have to go? What if I want to go to the toilet? What room will I be in and what am I going to do there? Will I get to play?

The first day of preschool can be an anxious experience for both you and your child. Preparing your child for preschool by answering all their questions honestly and in as much detail as they can understand can curb potential anxieties.

3. Find Out What Your Child Will Need To Bring To Preschool

Talk to your principal or preschool teacher to find out the preschool’s requirements regarding lunchboxes, drink containers and other necessary personal items.

Children who are able to care for themselves and their belongings will feel more confident at preschool. Parents/carers can encourage children to practise personal hygiene, such as wiping their nose and toileting independently. Help your child to feel confident and independent by dressing them in clothing which is simple enough for them to manage with little adult help.

Children who assist in packing their bag at home each morning will readily identify their own belongings during the day.

Children’s belongings may look very similar to their classmates’. Labelling your child’s equipment and clothing with their name will help prevent loss, confusion and possible upset for your child.

To apply and become part of our dynamic family, visit our Admissions & Fees page here.

We use cookies on our website to give you the most relevant experience by remembering your preferences and repeat visits. By clicking “Accept All”, you consent to the use of ALL the cookies. However, you may visit "Cookie Settings" to provide a controlled consent.
Cookie SettingsAccept All
Manage consent

This website uses cookies to improve your experience while you navigate through the website. Out of these, the cookies that are categorized as necessary are stored on your browser as they are essential for the working of basic functionalities of the website. We also use third-party cookies that help us analyze and understand how you use this website. These cookies will be stored in your browser only with your consent. You also have the option to opt-out of these cookies. But opting out of some of these cookies may affect your browsing experience.
Necessary Always Enabled
Necessary cookies are absolutely essential for the website to function properly. These cookies ensure basic functionalities and security features of the website, anonymously.
Functional
Functional cookies help to perform certain functionalities like sharing the content of the website on social media platforms, collect feedbacks, and other third-party features.
Performance
Performance cookies are used to understand and analyze the key performance indexes of the website which helps in delivering a better user experience for the visitors.
Analytics
Analytical cookies are used to understand how visitors interact with the website. These cookies help provide information on metrics the number of visitors, bounce rate, traffic source, etc.
Advertisement
Advertisement cookies are used to provide visitors with relevant ads and marketing campaigns. These cookies track visitors across websites and collect information to provide customized ads.
Others
Other uncategorized cookies are those that are being analyzed and have not been classified into a category as yet.
SAVE & ACCEPT